Lincoln, the Constitution and the Civil War Exhibit: Closing Ceremonies

Dr. Timothy Madigan
"'We Are All Liberated by This Proclamation': Abraham Lincoln, Frederick Douglass, and the Constitutional Abolition of Slavery in the United States”
Thursday, March 12, 2015
3:15 PM - 4:30PM
Lavery Library Keating Room 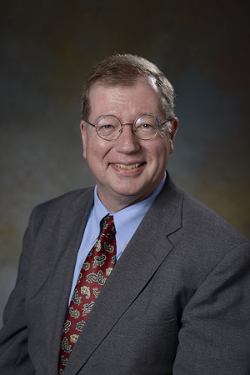 “’We Are All Liberated by This Proclamation’: Abraham Lincoln, Frederick Douglass, and the Constitutional Abolition of Slavery in the United States”

Frederick Douglass, living in Rochester during the Civil War, was initially one of Abraham Lincoln’s fiercest critics. He denounced the President for not moving quickly to abolish slavery as soon as the War began, and for giving priority to restoring the Union. But after Lincoln’s issuing the Emancipation Proclamation on January 1, 1863, Douglass came to better appreciate the pressures which the President was under, and his steadfast opposition to slavery. Through their three meetings in the White House, the two men came to realize that by working together they could help eliminate slavery once and for all by advocating a Constitutional Amendment that would finalize what the Emancipation Proclamation had begun. Douglass saw that the Emancipation Proclamation was not merely a political ploy on Lincoln’s part but rather a matter of deep moral conviction. And Lincoln was proud to collaborate with the man he called “my friend Douglass.” In this presentation I will discuss the complex and fruitful relationship of these two great Americans.